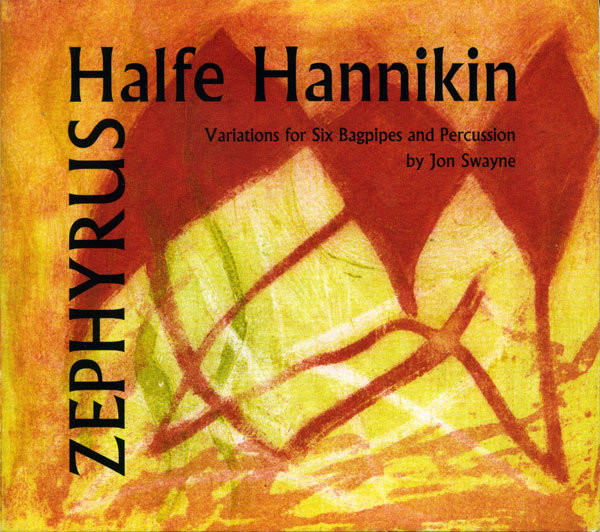 The Halfe Hannikin Variations is a suite of music inspired by the tune of the same name in John Playford's 1651 edition of The English Dancing Master, and was written by Jon Swayne who formed the group Zephyrus to perform it - Lawrence Morgan-Anstee, Judy Rockliff and Anne Marie Summers on G pipes, David Faulkner and Chris Walshaw on low C pipes, Jon Swayne on high C pipes and Terry Mann on percussion.

“And there is no doubt that it is a highly sophisticated piece of music. But it is also a very witty one, and performed with almost showbiz-like panache by the group assembled by Jon. The result was a full, rich ensemble that offered the maximum of harmonic possibilities.” From a concert review by William Marshall, Chanter Magazine.

Save this product for later
Display prices in: GBP

Buy Stuff Below: See Here for Downloads and Listening